My confirmation group were talking about this topic last night. Lots of things have to be broken before they are shared, in this context the brokenness we discussed was Jesus on the cross.

This got me thinking of all the other sharing which comes through brokenness.

The people you only really knew when they were so broken and vulnerable they were able to share with you some of their true self.

This morning's reading and meditation brought me face to face with the great challenge of Christian life. Particularly as this phrase comes within a passage in which Jesus once again alludes to his death.

If I want to serve Him I must follow Him and that involves walking the way of the cross. It involves sacrifice and pain and selflessness. Tough stuff.

Brother Roger of Taize wrote:
"Prepare yourself as well, cost what it may, for that struggle within yourself to remain faithful to Christ until death. This continuity of an entire lifetime will create in you an inner unity which will see you through everything...Far from lighting short-lived blazes, give your life to the end, and day after day it will turn into a creation with God."

"Six days before the Passover Jesus came to Bethany, the home of Lazarus, whom he had raised from the dead. There they gave a dinner for him. Martha served, and Lazarus was one of those at the table with him. Mary took a pound of costly perfume made of pure nard, anointed Jesus’ feet, and wiped them with her hair. The house was filled with the fragrance of the perfume. But Judas Iscariot, one of his disciples (the one who was about to betray him), said, "Why was this perfume not sold for three hundred denarii and the money given to the poor?” (He said this not because he cared about the poor, but because he was a thief; he kept the common purse and used to steal what was put into it.) Jesus said, “Leave her alone. She bought it so that she might keep it for the day of my burial. You always have the poor with you, but you do not always have me.” When the great crowd of the Jews learned that he was there, they came not only because of Jesus but also to see Lazarus, whom he had raised from the dead. So the chief priests planned to put Lazarus to death as well, since it was on account of him that many of the Jews were deserting and were believing in Jesus."

Mary anoints Jesus with costly oil, once again an act of devotion different and more understanding than her sister's service.

Jesus’ response to the false piety of Judas doesn't excuse us from caring for the poor, rather it is positive toward Him.

The poor will always need us and we will always need to respond to them, but those people would not always have had Jesus with them. It appears that Mary by way of her closeness to Jesus, was all too aware of this and this act of devotion was a preparation for things to come, for death and burial.

I can easily get my priorities confused and serve God or the poor based on a warped sense of duty, my own guilt, fear of the consequences or pride in my own accomplishments. Whilst doing so I fail to understand that in Jesus, God brings grace the unmerited gift of forgiveness and new life.

When I accept this and recognise and live in Christ, allowing the gospel to transform my life then doing things like helping the poor, making decisions which are routed in Christ, and loving my neighbour, becomes instinctive.

This life is costly, like Mary, I prepare for Jesus' agony and death and to walk with him to the cross, and yet more costly to myself personally I pledge to give my life to the service of God.
Posted by Siobhan at 11:58 No comments:

Out of your depth? 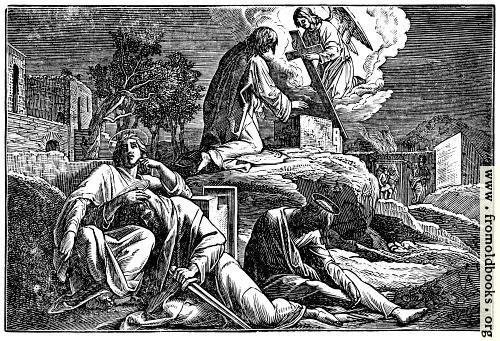 Today brought a first for Bobby the Dachshund cross - he went swimming.

Well, when I say he went swimming what I mean is he chased Monty and his ball out of his depth, panicked and thrashed about for a bit and then discovered his Labrador genes, webbed paws and waterproof coat meant he was quite good at it, and he glided back to dry land.

It made me think of the Passion narrative I heard read beautifully in church this morning, which once again reduced me to tears. The disciples found themselves out of their depth at many times during Jesus' ministry but so apparent in the Garden of Gethsemane. They slept whilst Jesus agonised in prayer. They stood watching as his betrayer approached and they dispersed into the night terrified, alone and completely out of their depths.

I feel like this a lot, whilst parenting, whilst witnessing to Christ, and just whilst living as a weak and sinful human. During Holy Week, I wish I didn't cry out with the crowds who urged Pilate to crucify Him, I wish I hadn't run away scared and furiously denied Him, I wish I hadn't wept at the foot of the cross, but I do and I did.

In order, for me to have Christ's hope, I have to play a part in His death. Without his death Easter is null and void of meaning as resurrection is impossible. In this too I feel out of my depth, but I am not alone. Through Christ, with Christ, and in Christ I reach some depths and doggy paddle my way out of them.

This Holy Week I will be constantly reminded that I am only as effective as my last encounter with the risen Christ. However I can't rest on the last encounter, and must yearn to meet Him daily.

In the words of a hymn we sang today:

And yet I want to love Thee, Lord;
Oh, light the flame within my heart,
And I will love Thee more and more,
Until I see Thee as Thou art.
Posted by Siobhan at 16:21 2 comments:

Things that helped our Son settle in to school particularly at the scary break and lunch times.

Break time and lunchtime were the times when 80% of inappropriate behaviours happened in the early days at school.

Unsurprising really. Little Bear couldn't self regulate, doesn't cope with new and different things without warning, and was unable to manage imaginative play without a lot of direction from me. He was also scared. Playtime is noisy and Little Bear doesn't cope with excessive noise. It's a large space with lots of people he doesn't know very well and they are running about and screaming.

Little Bear was either inside on time out or hiding under a big bush in the playground, until with the school we worked to make playtime better for everyone.

Little Bear (fairly quickly and surprisingly for an adopted child) transferred his attachment from me as his main carer to his wonderful YrR teacher and TA. Therefore they were key to his settling down in school.

I worked with LB to identify 'sad feelings' which led to 'thinking that wasn't good thinking' and worked on a process of avoiding meltdown with the teacher.

When LB had an 'angry feeling in his tummy' he would ask for Miss P or Mrs D and without fail they would come out into the playground to him. He learned that his safe people in school would ALWAYS be there for him if he needed them.

Then a learning support took him out of the playground at lunchtime to work with other children (of his choice) on social skills using quiet games.

He was gradually reintroduced to the playground and buddied up with some older children who would lead games and organise participation with an learning support supervising from a distance.

This was a very gradual process and it is by no means complete in Yr1 but LB knows he can rely on the school staff.

I am posting this because, together with our Adoption Support social worker who was involved at the beginning of Reception, we see Little Bear's school as an example of good practise with an adopted child and hope these pointers could be of use to other adopters.
Posted by Siobhan at 10:19 1 comment:

Out of the mouth of babes...

I have the immense privilege if preparing two children for confirmation at Pentecost.

At our last session one of the girls raised a beautiful insight. We were talking about the parable of the prodigal son.

I was saying how wonderful it is that God was always there for us with outstretched arms waiting for a hug, and no matter the mistakes we make this will always be available to us. The girls thought about this for a while and then one said

That 9 year old made my week with that insight. Yes she is 9. An insightful and mature insight for a nine year old I think, don't you?
Posted by Siobhan at 15:00 No comments:

Every minute, around the world, there are over 240 babies being born. Pray for the mother's who are giving birth. A vast amount of these mothers giving birth are not in sterile, safe and warm maternity units. Pray for them.

Even in the year 2012, there are still areas of the world where women are not allowed equal rights and opportunities to access education and work. Pray for them.

According to Amnesty International:
"Around the world, women are:
■Missing: More than 100 million women are missing from the world's population - a result of discrimination against women and girls, including female infanticide.
■Illiterate: Two thirds of the 774 million adult illiterates worldwide are women - the same proportion for the past 20 years and across most regions.
■Forced into marriage: More than 60 million girls worldwide are forced into marriage before the age of 18.
■Dying in pregnancy and childbirth: Each year 358,000 women die from pregnancy and childbirth-related causes.
■ At risk: An estimated 3 million girls are estimated to be at risk of female genital mutilation/cutting each year." Pray for them.

In this country women are underpaid, undervalued, will always have to work harder to prove themselves in employment, and continue to work the dual life of the lion share of housework and childcare combined with employment outside of the home. Young girls are encouraged to be decorative, and conscious of their appearance from a young age.

My fellow sisters and I can vote, have a voice with which to argue our case, can seek and gain employment, can choose (based on income) whether to stay at home or go out to work, can give our children a different message and instill a different sense of self to the ideal portrayed by the mass media.

Siobhan
I am a wife, mother, dog, rat, and fish owner, Yorkshire born with Irish parents. Late Dad was clergy in CofE and so is my Husband. Tall, slightly loopy, and can talk for England!

The doodle in question! 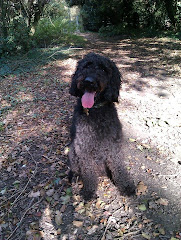